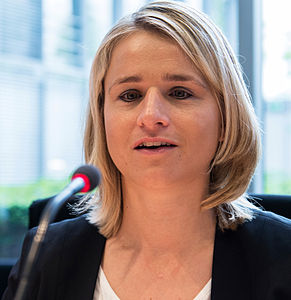 Who is Verena Bentele?

During the 2009 German blind cross country championship, Bentele had a serious accident. Her sighted guide failed to give proper directions, so she fell down a slope in a dry river bed. She tore a cruciate ligament in her knee, and suffered finger and liver injuries, and damaged one kidney so badly that it had to be removed.

Despite this, only a year later, Verena had her best Olympic result, winning 5 Gold Medals 2010 Winter Paralympics in the 2010 Vancouver Paralympics.

Verena has won the "Laureus World Sportsperson of the Year with a Disability" award for the year 2011. Late in 2011, she announced her retirement at the age of 29.

Discuss this Verena Bentele biography with the community: