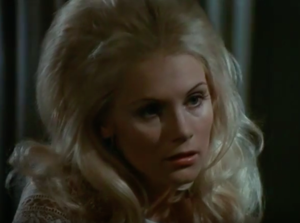 Who is Vicki Peters?

Vicki Peters is an American model and actress. She was Playboy magazine's Playmate of the Month for its April 1972 issue. Her centerfold was photographed by Mario Casilli.

In 1970, Peters appeared in the film Blood Mania, along with fellow Playboy playmate Reagan Wilson.

Peters married film producer Jeffrey Konvitz in 1980. She has a daughter with him, Kristen Nicole, who was born in 1983. They divorced in 1988.

Discuss this Vicki Peters biography with the community: