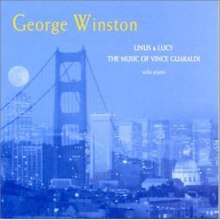 Who was Vince Guaraldi?

Vincent Anthony "Vince" Guaraldi was an American jazz musician and pianist noted for his innovative compositions and arrangements and for composing music for animated adaptations of the Peanuts comic strip. Guaraldi was born in San Francisco, California's North Beach area, a place that became very important to his blossoming musical career. Vince’s last name changed to Guaraldi after his mother Carmella Guaraldi divorced his biological father and Vince was adopted by his stepfather, Tony Guaraldi. He was the nephew of musician, singer, and whistler Muzzy Marcellino. Vince graduated from Lincoln High School, attended San Francisco State University, and served as an Army cook in the Korean War.

Discuss this Vince Guaraldi biography with the community: