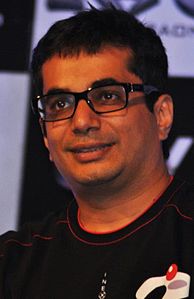 Who is Vishal Gondal?

Vishal Gondal is an Indian entrepreneur and angel investor, best known as the founder and CEO of Indiagames He was the Managing Director, DisneyUTV Digital, The Walt Disney Company India Pvt. Ltd. Gondal has been focussing on the next generation of devices. Riding the big wave of wearables, Gondal has founded Goqii, a startup and a device that could potentially change the way we view wearables.

In the earlier avatar, he was the founder of Indiagames, a global computer games developer and publisher in India. Rediff called him "India's king of Gaming".

Discuss this Vishal Gondal biography with the community: