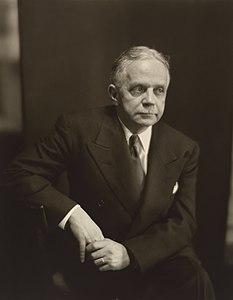 Who was Walter Francis White?

Walter Francis White was an American civil rights activist who led the National Association for the Advancement of Colored People for almost a quarter of a century and directed a broad program of legal challenges to segregation and disfranchisement. He was also a journalist, novelist, and essayist. He graduated in 1916 from Atlanta University, a historically black college.

In 1918 he joined the small national staff of the National Association for the Advancement of Colored People in New York at the invitation of James Weldon Johnson. He acted as Johnson's assistant national secretary and traveled to the South to investigate. White later succeeded Johnson as the head of the NAACP, leading the organization from 1931 to 1955.

White oversaw the plans and organizational structure of the fight against public segregation. He worked with President Truman on desegregating the armed forces after the Second World War and gave him a draft for the Executive Order to implement this. Under White's leadership, the NAACP set up the Legal Defense Fund, which raised numerous legal challenges to segregation and disfranchisement, and achieved many successes. Among these was the Supreme Court ruling in Brown v. Board of Education, which determined that segregated education was inherently unequal. White also quintupled NAACP membership to nearly 500,000.

Discuss this Walter Francis White biography with the community: