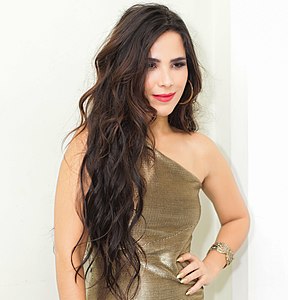 Who is Wanessa Camargo?

She was also the spokesperson for various brands, such as Maybelline, and several products based on her image targeting young girls were released.

Currently, besides being a singer, Wanessa is also the ambassadress in the non-governamental organization SOS Mata Atlântica, which defends the preservation of the Atlantic Forest. Due to her hard work in promoting the NGO and its goals, and also working for the depollution of the Tietê river, in São Paulo, Wanessa was awarded in 2007 with the Pro-Social Award from Brazil's Nickelodeon channel, and later received the Personality of the Year title from the Cisesp.

In 2009, Wanessa released her first single in English "Fly" featuring American rapper Ja Rule, for the album "Meu Momento". The song became the most played in the country, and was nominated for "Hit of the Year" at the MTV Video Music Brazil Awards.

Wanessa has a great success with the LGBT people in Brazil, and she supports the same-sex marriage in the country.

Discuss this Wanessa Camargo biography with the community: