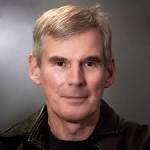 Who is Wheeler Winston Dixon?

Wheeler Winston Dixon is a notable American filmmaker and scholar. He is regarded as an expert on film history, theory and criticism. His scholarship has particular emphasis on François Truffaut, Jean-Luc Godard, American experimental cinema and horror films. He has written extensively on numerous aspects of film, including his books A Short History of Film and A History of Horror. He is co-editor of the Quarterly Review of Film and Video. He is regarded as a top reviewer of films. In addition, he is notable as an experimental American filmmaker with films made over several decades, and the Museum of Modern Art exhibited his works in 2003. He taught at Rutgers University, The New School in New York, the University of Amsterdam in Holland, and in 2013 he is professor of film studies and English at the University of Nebraska in Lincoln.

Discuss this Wheeler Winston Dixon biography with the community: