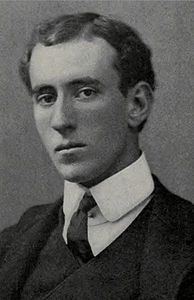 Who was William C. DeMille?

Willam C. de Mille was an American screenwriter and film director from the silent movie era through the early 1930s. He was also a noted playwright prior to moving into film. Once he was established in film he specialized in adapting Broadway plays into silent films.

Discuss this William C. DeMille biography with the community: