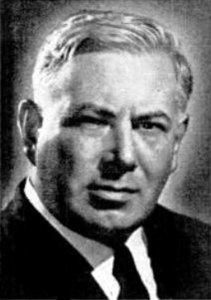 Who was William Moulton Marston?

William Moulton Marston, also known by the pen name Charles Moulton, was an American psychologist, inventor and comic book writer who created the character Wonder Woman. Two women, his wife Elizabeth Holloway Marston and Olive Byrne, served as exemplars for the character and greatly influenced her creation. A fellow self-help psychologist and Women's Suffrage leader, Elsie Lincoln Benedict, was also called a 'Wonder Woman' in a 1923 newspaper advertisement in the Oakland Tribune, July 2, 1923.

He was inducted into the Comic Book Hall of Fame in 2006.

Discuss this William Moulton Marston biography with the community: