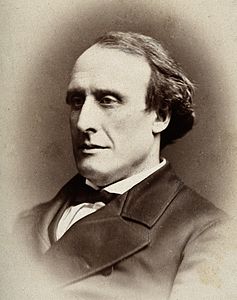 Who was William Scovell Savory?

He was born in London, the son of William Henry Savory, and his second wife, Mary Webb. He entered St Bartholomew's Hospital as a student in 1844, becoming M.R.C.S. in 1847, and F.R.C.S. in 1852. From 1849 to 1859 he was demonstrator of anatomy and operative surgery at St Bartholomew's, and for many years curator of the museum, where he devoted himself to pathological and physiological work. In June 1858 he was elected a Fellow of the Royal Society for his papers on "the structure and connections of the valves of the human heart – On the development of striated muscular fibre in Mammalia – Phil Trans 1855 [and] on the relative temperature of arterial and venous Blood".

In 1859 he succeeded Sir James Paget as lecturer on general anatomy and physiology. In 1861 he became assistant surgeon, and in 1867 surgeon, holding the latter post till 1891; and from 1869 to 1889 he was lecturer on surgery. In the College of Surgeons he was a man of the greatest influence, and was president for four successive years, 1885–1888.

Discuss this William Scovell Savory biography with the community: