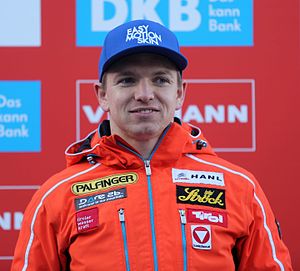 Who is Wolfgang Kindl?

Wolfgang Kindl is an Austrian luger who has competed since 2007. At the FIL European Luge Championships 2010 in Sigulda, he won silver medals in the men's singles and mixed team events.

He qualified for the 2010 Winter Olympics, finishing ninth.

Discuss this Wolfgang Kindl biography with the community: