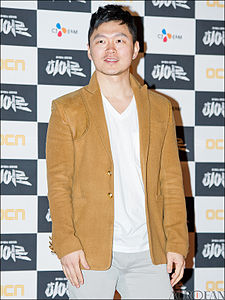 Who is Yang Dong-geun?

Yang Dong-geun or YDG is a South Korean actor and hip-hop artist. Yang majored in Theatrical Performance at Yong-in University

Yang enlisted for mandatory military service in May 2008 for 21 months of active duty. During which time he starred in military musical, Mine with Kangta. It is about the true life story of Lieutenant Lee Jong-myung, who lost his legs in a land mine explosion near the demilitarized zone, in June 2000, when he saved fellow soldier, Sul Dong-seob from the minefield.

His comeback project after being discharged from the military was in film Grand Prix with Kim Tae-hee. He was cast as male lead Lee Woo-suk after Lee Joon-gi had to pull out when the Military Manpower Administration declined his application to postpone enlistment for military service.

Discuss this Yang Dong-geun biography with the community: