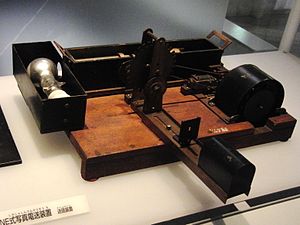 Who was Yasujiro Niwa?

'Yasujiro Niwa was a Japanese electrical scientist from Matsusaka, Mie. In the 1920s, he invented a simple device for phototelegraphic transmission through cable and later via radio, a precursor to mechanical television. He later became the Director of the Department of Electronic Engineering of University of Tokyo. He was awarded the Order of Cultural Merits and the Order of Merit of the First Class.

Discuss this Yasujiro Niwa biography with the community: