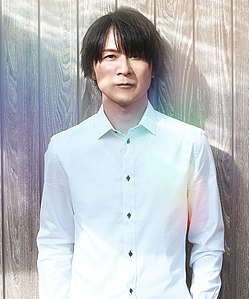 Who is Yasunori Mitsuda?

Yasunori Mitsuda is a Japanese composer, sound designer, and musician. He has composed music for or worked on over 40 games, and has contributed to many other albums. He is best known for his compositions for the video games Chrono Trigger, Xenogears, Mario Party, Chrono Cross, Xenosaga Episode I, Soma Bringer, Shadow Hearts, Inazuma Eleven, and Soul Sacrifice. He began composing video game music for his own games in high school, and after graduation attended Junior College of Music in Tokyo. As part of his college course, he was granted an intern position at Wolf Team, and was subsequently given special thanks in the credits of Span of Dream. Upon graduation in 1992, he joined Square as a composer after seeing a magazine advertisement in an office he was visiting with his professor.

Despite his job title as a composer, Mitsuda worked as a sound engineer for two years. In 1994, after threatening to quit to Square's vice president, Hironobu Sakaguchi, he was assigned to compose the soundtrack to Chrono Trigger. After the game's success and the music's acclaim, he went on to compose several other games for Square, including Xenogears. In 1998 Mitsuda left Square to work as a freelance composer, founding his own music production studio, Procyon Studio, in 2001 as well as his own record label, Sleigh Bells. The company has since expanded to eight employees, and Mitsuda continues to compose for video games, as well as for anime series and his own independent albums.

Discuss this Yasunori Mitsuda biography with the community: