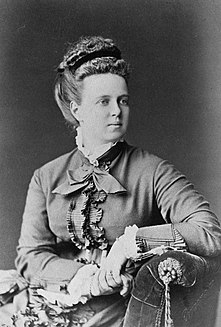 Who was Grand Duchess Maria Alexandrovna of Russia?

From 1893 until her death, she had the distinction of being a Russian grand duchess, a British princess and royal duchess, and the consort of a German sovereign duke.

Discuss this Grand Duchess Maria Alexandrovna of Russia biography with the community: