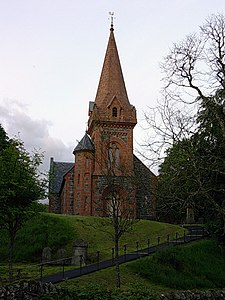 Who was John Lessels?

John Lessels was a Scottish architect and artist, notably active in Edinburgh and also the Scottish Borders.

He was born and educated in Kirkcaldy, Fife, and initially worked for his father as a carpenter on the Raith estate. He joined the office of William Burn, acting as his inspector of works until he established his own practice in Edinburgh in 1846. Important commissions included the Walker Estate, the area of the western New Town developed from the 1850s, and his appointment as architect to the City Improvement Trust, with David Cousin, in 1866, which oversaw the redevelopment of parts of the Old Town.

Among his pupils were David MacGibbon and Robert Rowand Anderson. Lessels was a keen photographer, and was president of the Edinburgh Photographic Society for several years. He also regularly exhibited oil and watercolour paintings at the Royal Scottish Academy.

Discuss this John Lessels biography with the community: