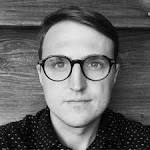 Who is Zach Klein?

Zach Klein is an American Internet entrepreneur best known for co-founding and designing Vimeo in 2004. He also co-founded the on-line shopping site Svpply and assisted in the development of CollegeHumor. He later served as the chief product officer of Boxee and is currently the CEO of DIY.

He is partner of Founder Collective, a seed-stage venture capital firm based in New York City and Cambridge, Massachusetts.

He is a faculty member at the School of Visual Arts, where he teaches in the MFA program in Interaction Design.

He spent his earliest years in Western New York and later lived in Fort Wayne, Indiana, where he attended Bishop Luers High School. He is a graduate of Wake Forest University.

Discuss this Zach Klein biography with the community: