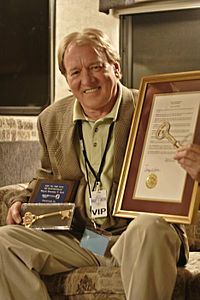 Who is Alan Walden?

Alan Walden was born May 23, 1943 in Macon, Georgia to C.B. and Carolyn Walden. He is an American manager, publisher, booking agent, and promoter.

He has two children from a previous marriage, Jessica and Georgeanna. He is currently married to model Tosha Walden and together they have one child, Christian.

Discuss this Alan Walden biography with the community: