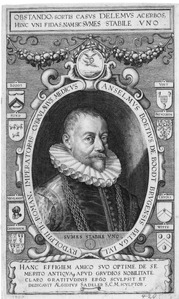 Who was Anselmus de Boodt?

Anselmus de Boodt was a Belgian mineralogist and physician from the city of Brugge during the European Renaissance. Along with the "Father of Mineralogy", the German known by his nom de plume Georgius Agricola, Anselmus is responsible for establishing the modern geological earth science study of mineralogy. Anselmus was an avid mineral collector. He travelled widely on collecting trips to the mining regions of Germany, Bohemia and Silesia. His definitive written work was the Gemmarum et Lapidum Historia.

Anselmus and his work were also mentioned briefly in Helena de Jong's Bibliography.

Discuss this Anselmus de Boodt biography with the community: