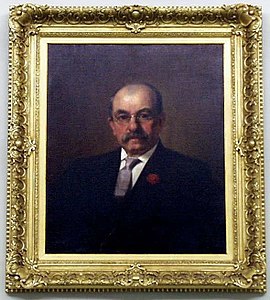 Who was George N. Saegmuller?

George N. Saegmuller was a German-born American inventor of many astronomical instruments and other mechanical devices.

He attended technical schools in Erlangen and Nuremberg. In 1870 he moved to the United States, where he settled in Washington, DC and began working for a craftsman involved in the production of astronomical and geodetic instruments. He also worked for the United States Coast and Geodetic Survey in charge of precision instruments.

Saegmuller married Maria Jane Vandenberg while living in Washington and lived on the Vandenberg family farm, Reserve Hill, in Arlington County, Virginia. Saegmuller was involved in many different scientific pursuits including road maintenance and water wheel pumps. He worked with Camill Fauth in the scientific equipment supply business.

Saegmuller invented or contributed to the development of a multitude of devices. He held more than 35 patents. His inventions include the solar attachment for engineering transits, a new type of naval bore sight, and numerous telescopes and telescope mounts.

Saegmuller, as part of Fauth & Co., joined with Bausch & Lomb Optical Company in 1905.

Discuss this George N. Saegmuller biography with the community: