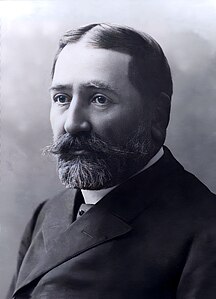 Who was Ilia Chavchavadze?

Prince Ilia Chavchavadze was a Georgian writer, poet, journalist and lawyer who spearheaded the revival of the Georgian national movement in the second half of the 19th century, during the Russian rule of Georgia. Today he is widely regarded as one of the founding fathers of modern Georgia. In 1987 he was canonized as Saint Ilia the Righteous by the Georgian Orthodox Church. Today, Georgians revere Chavchavadze as Pater Patriae of Georgia.

Inspired by the contemporary liberal movements in Europe, as a writer and a public figure, Ilia Chavchavadze directed much of his efforts toward awakening national ideals in Georgians and to the creation of a stable society in his homeland.

His most important literary works were: The Hermit, The Ghost, Otaraant Widow, Kako The Robber, Happy Nation, Latters of a Traveller and Is a man a human?!. He was editor-in-chief of the Georgian periodicals Sakartvelos Moambe and Iveria, and authored numerous articles for journals. Most of his work dealt with Georgia and Georgians. He was a devoted protector of the Georgian language and culture from Russification.

Discuss this Ilia Chavchavadze biography with the community: