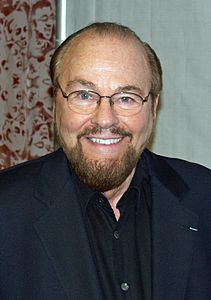 Who is James Lipton?

James Lipton is an American writer, composer, actor and dean emeritus of the Actors Studio Drama School at Pace University in New York City. He is the executive producer, writer and host of the Bravo cable television series Inside the Actors Studio, which debuted in 1994.

He is a Chevalier of France's Ordre des Arts et des Lettres.

Discuss this James Lipton biography with the community: