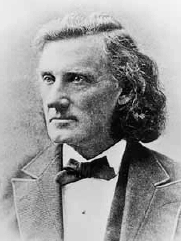 Who was John F. Boynton?

Boynton was born in Bradford, Massachusetts to Eliphalet Boynton and Susan Nichols. He was married to Susan Lowell. In his teenage years, Boynton attended Columbia University and at age 20 began medical school in St. Louis, Missouri.

Discuss this John F. Boynton biography with the community: