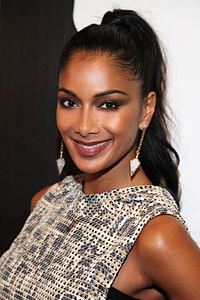 Who is Nicole Scherzinger?

Nicole Scherzinger is an American recording artist, actress and television personality. Following her departure from Eden's Crush, she auditioned for the burlesque inspired recording group, The Pussycat Dolls and she subsequently signed a contract with Interscope Records. The group's debut album, PCD and its follow-up Doll Domination both experienced commercial success. It was a breakthrough in her career that brought her to widespread prominence. Many of the group's songs became worldwide hits including "Don't Cha", "Stickwitu", "Buttons", When I Grow Up", "I Hate This Part" and "Jai Ho!". However, despite their commercial success, the group was plagued by internal conflict which led to the downfall and disbandment of the group.

Discuss this Nicole Scherzinger biography with the community: