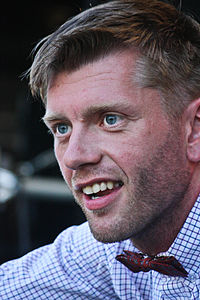 Örvar Þóreyjarson Smárason is a founding member of Icelandic experimental band múm, and has been a part time member of other Icelandic bands such as Benni Hemm Hemm, Singapore Sling, Slowblow, Skakkamanage, FM Belfast and Represensitive Man. In his native country, he is also known as a poet/author. Gamall þrjótur, nýjir tímar a book of poetry was published in 2005 as a part of Nýhil's Nordic literature series. It was preceded by the critically acclaimed novella Úfin, strokin, released in 2005 and described as "a detective boy novel updated for modern girls". He studied screenwriting at FAMU in Prague.