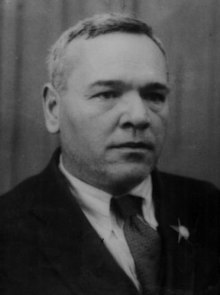 Petlyakov was born in Sambek in 1891, where his father was a local official. After he and graduated from the Technical College in Taganrog in 1910. he travelled to Moscow, where he was accepted into the Moscow State Technical University; however, due to financial difficulties he was unable to complete his studies. After the Russian Revolution, he was hired to work as a technician in the aerodynamics laboratory at Moscow State Technical University under the guidance of Nikolai Zhukovsky, while resuming his studies. He gained experience as a laboratory assistant on wind tunnels and calculations for aircraft design. In 1922, he graduated from the same university.

In 1921–1936, Petlyakov worked at the Central Aerohydrodynamic Institute under the guidance of Andrei Tupolev, where he was involved in wing design and the development of gliders. In 1936, he became a chief aircraft designer at an aviation plant. Petlyakov was directly involved in organization and development of Soviet metal aircraft construction. In particular, Petlyakov elaborated methods of calculating durability of materials and theory on designing metal wings with multiple spars. Petlyakov assisted in designing the first Soviet heavy bombers TB-1, TB-3, and a long-range high-altitude four-engine bomber, the Pe-8.

Discuss this Vladimir Petlyakov biography with the community: