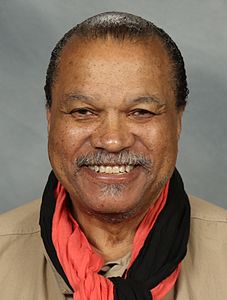 Who is Billy Dee Williams?

Williams grew up in Harlem with a family that actively encouraged his artistic abilities and fostered an enthusiasm for all forms of cultural expression. He began drawing at an early age and won scholarships to the National Academy of Fine Arts and Design in New York. There he studied classical principles of painting. Ironically, it was the need to earn money to buy paints and canvas that brought Williams his extensive credits in both television and film. In 1988, he renewed his enthusiasm for painting during an acting appearance in New York. Since 1991, he has had numerous solo art exhibitions across America, and has donated paintings to the National Portrait Gallery in Washington, DC and The Schomburg Museum in New York. Williams calls his paintings abstract reality to express the underlying principles behind them.

Discuss this Billy Dee Williams biography with the community: